There was to be yet more American success at Royal Troon in 1997, when Justin Leonard eventually overcame the home favourite, Darren Clarke, and Sweden’s Jesper Parnevik in the final round.

Playing in his first Open as a professional, the reigning Masters champion Tiger Woods was very much the centre of attention throughout the week.

Only five players would break 70 on a grey, gloomy opening day. Clarke and Jim Furyk were ahead after impressive 67s but Parnevik was the only man in the field to match – let alone break – par on the fearsome inward half.

The 1991 champion, Ian Baker-Finch, almost withdrew beforehand and probably wished he had after shooting 92. He duly retired from the championship with a combination of a back injury and a total loss of his game. This was to be his last round in a major.

The sun came out on Friday and the scores improved. Clarke, Leonard and Parnevik all shot 66 and that left the Northern Irishman ahead by two at the halfway stage. 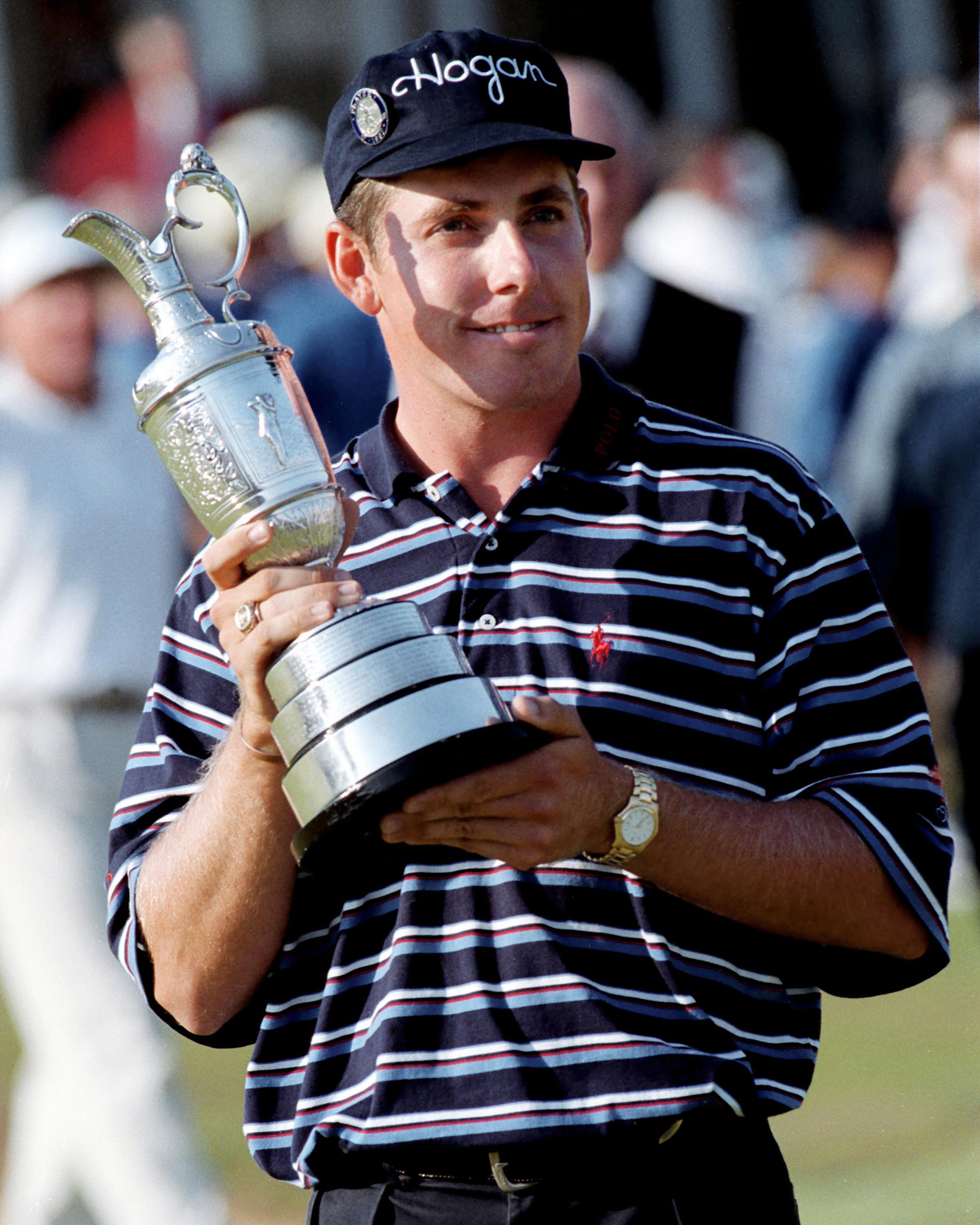 And what news of Woods? Rounds of 72 and 74 were worthy if unremarkable. On the Saturday, though, he compiled a 64 that thrilled the crowds. The highlight was an eagle at the 16th courtesy of a 2-iron short of the burn and then a driver off the fairway to 15 feet.

He was on the fringes of contention but closed with a 74 to finish 12 shots adrift of Leonard and left to rue a series of high scores at individual holes – a triple-bogey seven in the first round, a quadruple-bogey eight in the second round and a triple-bogey six at the Postage Stamp in the fourth round.

Heading into the final day, Parnevik was two strokes clear of Clarke and five of Leonard. The Swede led until late on, when he bogeyed two of the last three holes as Leonard accelerated in the other direction.

Neither of the Europeans could break par, which places Leonard’s stunning, closing 65 into context. He won by three.