Scroll Down To Discover

Troon was one of the twenty-four golf clubs that subscribed for the trophy, which was acquired in 1886. Representatives, known as Delegates of the Associated Clubs, were elected from these clubs to run the championship and in 1919 they approached the R&A to accept future management and in 1920 the Championship Committee was formed.

Prior to 1930, only two non-British players won the Amateur Championship, Walter Travis and Jesse Sweetser, both from the United States. The American presence was felt more strongly in the 1930s, with four Americans winning five Amateur Championships. Bobby Jones took the title at St Andrews in 1930, the year in which he achieved the grand slam.

Royal Troon has hosted this event 6 times starting in 1938 with the victory by Charlie Yates. Photographs and memorabilia relating to Charlie Yates are on display within the Clubhouse. Included within the memorabilia is a telegram from Bobby Jones (Grand Slam winner in 1930) to Charlie. The other four winners were from England with Scottish players losing in two of the finals and Irish amateurs in the other two.

Bob Jones Award, the highest honour given by the United States Golf Association in recognition of distinguished sportsmanship in golf was awarded to Michael Bonallack who was inducted into the World Golf Hall of Fame in 2000.

Carr won The Amateur Championship three times, in 1953, 1958, and 1960, and was runner-up in 1968. He was a semifinalist at the U.S. Amateur in 1961, and was low amateur at The Open Championship in both 1956 and 1958 (and finished 8th overall in 1960). In 1967, he became the first Irishman to play in the Masters Tournament (making the cut). Carr received the Bob Jones Award in 1961, the USGA’s highest honor, which is given for “distinguished sportsmanship in golf”. He was the first non-American to win the award.

A member of a record eleven Walker Cup teams from 1947 to 1967, including non-playing captain in 1965 and playing captain in 1967. He played and captained on multiple Eisenhower Trophy teams, and represented Ireland in the Home Internationals every year from 1947 to 1969. In 1991, Carr was named Captain of The Royal and Ancient Golf Club of St Andrews, the first Irishman to hold the post. In July 2007, Carr was elected to the World Golf Hall of Fame in the Lifetime Achievement category, and was inducted in November 2007.

In 2003, Gary Wolstenholme beat Raphael De Sousa in a thrilling final match. On his way to the final, Gary played Fransisco Molinari and many members still recall the semi-final between them. At the 8th Wolstenholme caught the right hand bunker with his tee shot. As Molinari stood up to play the Members on the tee were commenting on the fast approaching jumbo. Clearly practising his routine he continued blissfully unaware of the jet despite the crescendo of noise. As the plane went over his head to land at Prestwick he played an immaculate shot to the green to win the hole. No surprise that he and his brother turned professional shortly after the event and are currently in the top 20 worldwide rankings.

A large crowd braved wind and rain to watch the final, with about 40 members of Rathmore Golf Club who had made the ferry ride from Larne to Troon to cheer their man on. They were treated to great golf in trying conditions from the two finalists.

Dunbar has benefitted from coaching through The R&A supported Darren Clarke Foundation. He gained a place in the 2012 Open Championship, a place in the 2013 US Open and traditionally, an invitation to the Masters Tournament at Augusta National. 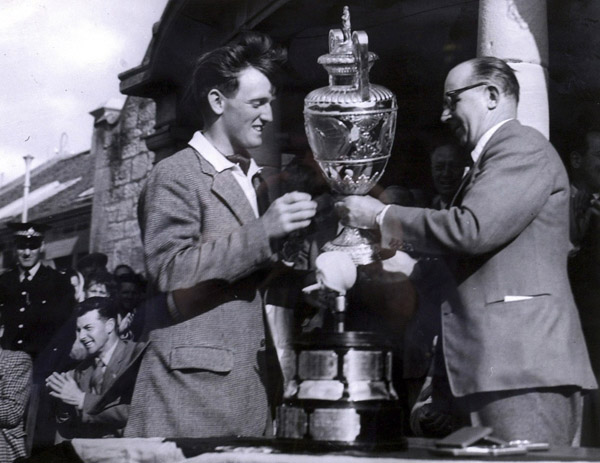 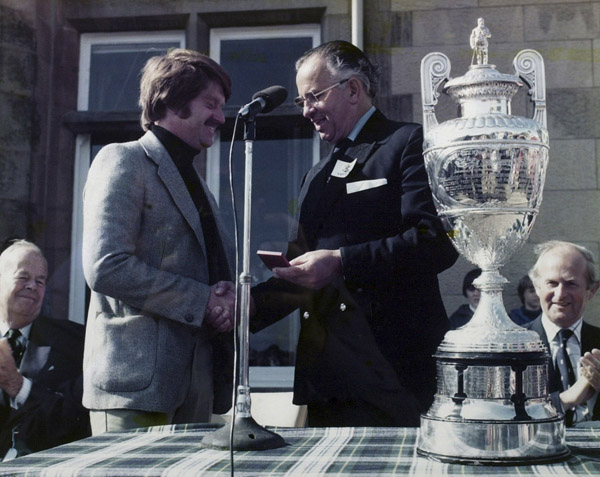 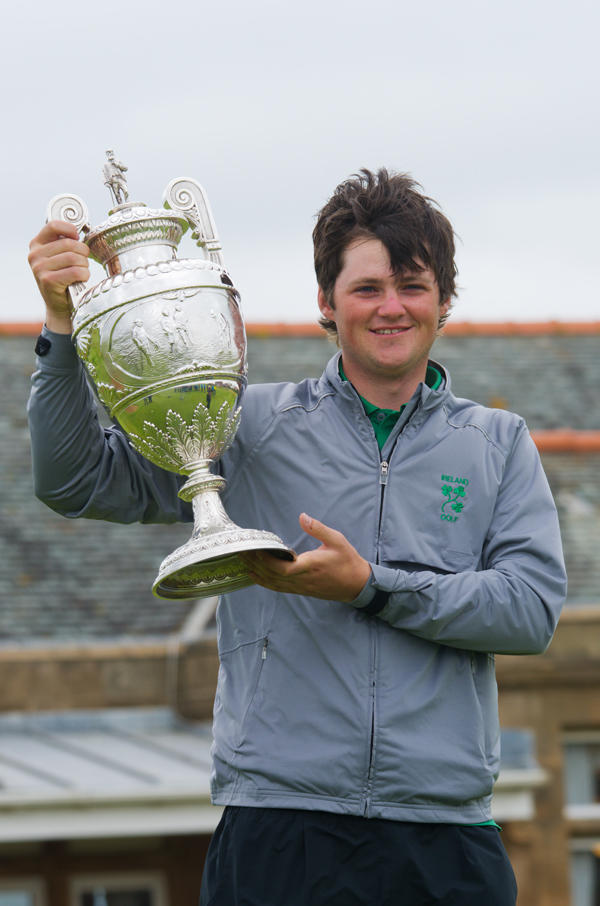